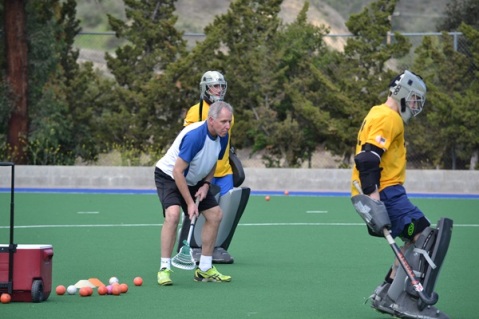 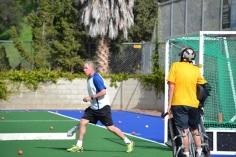 Jon O’Haire ’77 has returned to the coaching ranks of Team USA’s men’s field hockey program. Here is the press release from Team USA.

USA Field Hockey is pleased to announce that Jon O’Haire has joined the Junior U.S. Men’s National Team high-performance coaching group as a goalkeeper specialist. The role represents a return to the United States coaching scene after spending the last six years in New Zealand.

Actively involved in the U.S. Men’s and Women’s National Teams from 1997-2005, O’Haire worked with a range of goalkeepers from both programs in a number of settings. He served as an assistant coach of the USMNT at the 1999 Pan American Games in Winnipeg, Canada and 2003 Pan American Games in Santo Domingo, Dominican Republic. He was recognized as the 2003 USA Field Hockey National Coach of the Year for his work with the goalkeepers on both teams. He was an assistant coach to the U.S. U-21 Women’s National Team at the Junior Pan American Championship in Bridgetown, Barbados which qualified the squad for the 2001 Hockey Junior World Cup in Buenos Aires, Argentina.

O’Haire’s coaching resume includes a number of roles at the United States collegiate level and includes positions at American University, University of Maryland, University of Michigan, Penn State University, The Ohio State University, and Miami University of Ohio. A 2012 move took him to Christchurch, New Zealand, and while there he served as a Community Hockey Manager at Canterbury Hockey Association and goalkeeper specialist coach with the Canterbury Regional High Performance Center. O’Haire also worked with the Black Sticks U-21 Men’s goalkeepers in their lead up to the Junior World Cup in 2016 and most recently at the Future Black Sticks Goalkeeper Camp for men and women in 2017.

His involvement with hockey started in 1981 as a club player in New York with the Greenwich Field Hockey Club. In 1982, he was first selected to the U.S. Men’s National Team as a goalkeeper. O’Haire played in 54 international outdoor test matches from 1983-1995 and played on three Pan American Games teams, winning bronze medals in 1987 and 1995. Domestically, he participated in eight U.S. Olympic Festivals, claiming four gold and three silver medals. O’Haire also represented the United States internationally in a number of indoor tournaments. He continues to play at the club level and with a variety of tournament teams. O’Haire and his wife, Beth, reside in Columbus, Ohio.