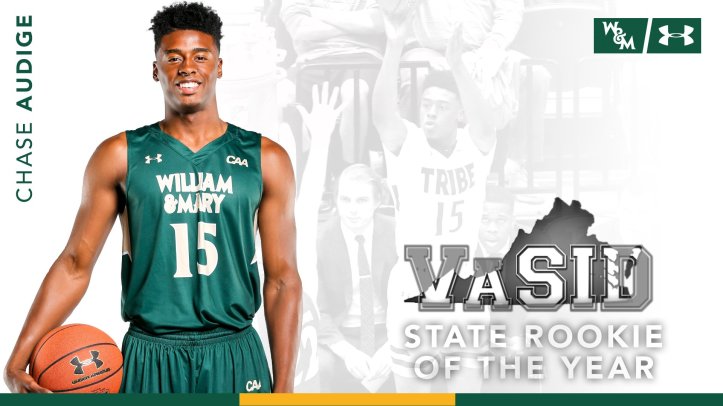 Today, the Virginia Sports Information Directors (VaSID) announced their All-State Team and postseason honors and Chase Audige ’17 was named the Rookie of the Year. Here is the press release from VaSID:

Named the Rookie of the Year, Chase Audige of The College of William & Mary earned CAA All-Rookie team honors after being named CAA Rookie of the Week on three occasions. Starting 17 of 18 league contests, Audige bumped his averages to an impressive 11 points, 4.9 rebounds, and 2.8 assists per game while shooting 40.3 percent from the arc in CAA play. He appeared in all 31 games for W&M with 20 starts, ranking fourth in the CAA in steals with 1.5 per outing. His 44 steals on the year ranked second all-time among Tribe freshmen and he finished the season ranked 13th in the league in 3-point shooting and 14th in rebounding.